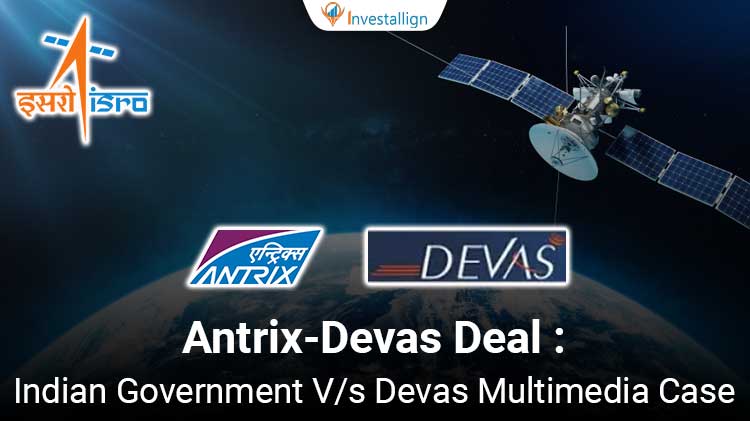 Devas Multimedia and the Indian Government have been going head to head since the last 11 years. The tussle is due to the deal between Antrix (ISRO) and Devas in 2005. For understanding the entire situation let’s dive back to 2005 and know the exact flow of events.

Devas Multimedia is a Bangalore Based startup that initiated its business operations in 2004. It is headed by one of the former scientists at ISRO Mr. Chandrasekhar. With its expertise into satellite broadband services, Devas came in a deal with Antrix in 2005. Antrix is a subsidiary of ISRO that provides it with technical consultancy service and technology transfer to various industries.

Now the deal made in 2005 was for providing satellite broadband services to various platforms and mobile devices. This would boost up the internet accessibility of India. It would also promote digital awareness among the people. The company has its own devices working like a WIFI. However the deal broke down in 2010-11 due to Devas delaying in its targets and not providing the Government with desired return on investment or desired results for shared technology. Also the Gift. questioned the security concerns it may have on the Indian domain with satellite spectrum sharing, hence cancelled the deal on such reasons.

After Effects on Devas

This shook the company and it almost lost all its funding and went under while pursuing one of the biggest broadband projects of India. The company then started filing legal proceedings against the Indian government for taking away it’s right on the technology and breaking ties with Antrix. The divorce between government and Devas resulted in a long standing legal battle draining resources from both the entities.

However Devas also filed multiple lawsuits across many countries. Out of them, France allowed Devas to take over the Indian properties in Paris. Even Canada Allowed the company to get hold of the Air Indian Funds. Thus both the parties are suffering equal bruises from the battle.

The Indian legal battle went to NCLT on the first stage. The NCLT ordered Dave’s liquidation stating that the company was formed by fraud. There was a co-erosion between the management of the Government and the company which resulted in a situation.

After this Devas appealed in NCLAT and got successful revoking of the NCLT order. However this posed the claim to move towards the Supreme Court. After all the facts the Supreme Court of India ordered in favour of the government. The reason behind the same is that Devas has no assets built up that it claims it has. The Devas2 technology, Devas Services etc. Hence the basis of the company is just fraudulent. Above all the accusations of the company for government intervening its chances to win grant of 15000 Crore Rs from awards such as BIT and ICC are also baseless.

The Finance Minister of India in the recent address to the nation mentioned that the previous government is accused of such problems. The government collided with a private organisation to take away the money from taxpayers. The Congress Organisation should be charged with serious penalties due to the scam. Above all this case allowed Devas to drain Indian assets located outside India. Hence this is creating a huge loss for the Indian Government and taxpayers in the current situation of COVID Crisis.

Summing up the Losses

The Indian government has lost a huge chunk of funds and important properties due to this case. This has happened in three phases. First one is the Canadian Order to authorise Devas access to Airport Authority of India Funds and Air India funds present there. The loss widened with the French Court’s decision to award properties of the Indian government in Paris to Devas.

The US government directed that the ICC award is won by Devas granting it a compensation of 1.3 Billion Dollars. However the same is withheld by the Supreme Court of India. But there are chances for it getting revoked and that can cause a huge hit to the Government’s monetization drive.

However in later orders the Canadian Court overturned its decision and froze the AAI and Air India funds to be directed to Devas Investors. However at the end 50% of the amount was allowed to be accessed by Devas Investors.

At the end the Supreme Court ordered (as mentioned above) that the entire deal is poisoned with fraud. The previous government was negligent about this scam which has caused a huge opportunity loss to the Indian government and money degradation due to the long driven legal battle. However the case is still infected with the losses occurring in the Canadian Domain and France. These are the major losses for India. However the Supreme Court directed that Devas should be immediately liquidated. This means that NCLAT’s decision should be overturned as well.