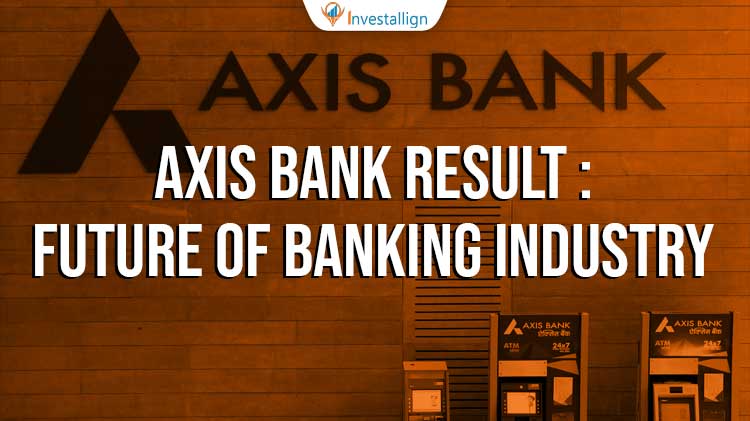 Axis Bank is one of the pioneer banks in Indian Banking history. The bank has been going through a tough time period during the bearish market situation. This led the share price of the company to go down to 625 Rs. The company’s share price ended at 724 Rs in the last trading session. However the company’s situation has gotten better since the COVID time. The share price of Axis Bank has suffered from a 52 week low of 568.40 Rs. The 52 week high of the same is 866.90 Rs.

The recent events of the company involve a dividend declaration of 1 Re per share on 7th July, 2022. The volume of the share has also been at 66 Lakh plus shares traded per day. All the current momentum has been the effect of the results presented by Axis Bank in the first quarter of FY 22-23.

Axis Bank’s Profit after tax was at 4118 Crore Rs and above. This is more than 54% up on a Year on Year basis. If the PAT is considered quarterly then the same is 14% more than the previous quarter. Hence the profitability if the economy has been boosted by 14% growth. Fee income has risen by 11% on a year on year basis. The company has been maintaining its rise in income. The overall rise in fee income has been 22% for the FY 22. The Year on year operating profits were up by 13% and for quarterly basis the same was 5% up. NII also rose to 17% on a year on year basis. Retail fee went up by 14% and the Retail assets increased by 41%.

The results were extremely good for the Axis bank as they beat the estimates made by Dalal street analysts. The headlines during the news flashed that the profits of Axis bank went up by 91%. Thus the bank posted a satisfactory quarter for the shareholders which is noticed in the recovery of its devaluation during the bearish market flow. The current price of the share is 725 Rs. per share.

The Bank Nifty is in a rocking form as it is moving ahead at the pace of a rocket. The reason to say so is the rapid rise in the Bank Nifty valuation. The index was valued at 32500 levels during the mid June period. This has risen to a rocking 37490 level in just a period of 1 month. This means the index recovered by more than 1200 points every week. Such a rise has been appreciated by the market participants and the effect of this rise is also reflected onto the Nifty50 index. The Nifty50 also rose by more than 1000 points in the last 30 days. Thus the entire market seems to have shifted the momentum from a bearish flow to a bullish or stable mindset.

The recession fears are still exciting but the growth prospects are focused upon by the Indian markets. The reason to expect further growth in the banking segment is the upbeat results from the major banks and also the growth assumptions put forward by most of the banks. They believe that once the situation gets a bit neutralized and the banking segment gets a break from the interest rate hikes the loan figures are going to get a heavy rise and this will boost the profitability of the entire Indian economy. Hence the fears of economic downside still exist but people are betting for the improvement of the overall Indian company’s performance in the time coming forward.