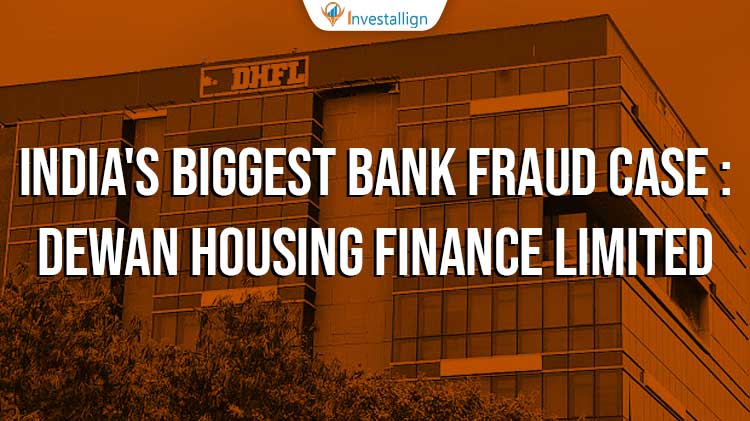 Frauds and Bad Loans have become a very common term in the Indian economy recently. The cases like ABG Shipyard case or Nirav Modi case etc. have their roots in the poor banking system. One of these scams was the Harshad Mehta Case wherein the banks lent the money without proper due diligence. In the current scenario as well the Non Banking Financial Corporation DHFL has been booked for one of the biggest bank fraud cases. Being an NBFC, DHFL has no issues in procurement of loans from the banks. The reason is all the banks have to lend some portion of their funds to the Non Banking Financial Corporations.

The entire case has its roots in 2010. The NBFC indulged itself into misappropriation of funds and other fraudulent lending practices over the course of almost 9 years. In this process the firm took over loans worth Rs. 42871 Crore Rs from 17 banks. At the end of 2019 the NBFC declared non performing assets worth Rs. 34615 Crore Rs.

All of this started when Cobrapost started showing interest into the working pattern of the non Banking financial corporation. DHFL was accused of multiple crimes under the investigation carried out by this non profitable institution. By the time of the investigation, the Indian banking segment had already invested more than 3 billion dollars in Dewan Housing Finance Limited.

Accusations Against the Company

The entire procedure carried by DHFL for misappropriation of funds was divided into 3 steps. The first step was giving out loans to the shell companies. The DHFL group induced itself in disbursing numerous loans to various shell companies. Also being shelf companies the loans won’t be used for any business purpose but they would be passed on to another organisation. During the investigation the news company found links of DHFL with 35 such companies where loans were given indirectly through the shell companies.

However the loan amount disbursed carried a huge amount of risk. The risk attached was close to 1,5 Billion dollars. In other words the risk was of unsecured loans. Yes, DHFL disbursed loans amounting to 1l5 million dollars as unsecured loan. Now let’s decode the term unsecured loan. In such a scenario the loans are given to the people without any collateral. On another note the loan given is without any security and hence is very high risk bearing in nature. In any given scenario the unsecured loans become the guarantee of promoters but the promoters of DHFL have no personal property to pay out the defaulted unsecured loans and this is how the entire issue got highlighted.

Post this step the next one was a round tripping step. This means that the money disbursed comes back to the company itself via other organisations. This is then used to buy and invest into assets. This situation stands as an assumption but however the bad loans are the reason why the promoters of DHFL are in big trouble. Following this the next step was buying numerous assets during this period of time by DHFL. The company hence bought assets and misappropriated funds to defraud its shareholders, stakeholders and customers.

Under the current situation the CBI has already initiated proceedings against the promoters of DHFL. Kapil Wadhawan and Dheeraj Wadhawan are held guilty for defrauding 17 banks and the shareholders of the firm. They were able to raise an amount of more than 42000 Crore Rs from 17 banks. However when the time came to pay the dues they defaulted the same. This resulted in a bank fraud case of more than 34500 Crore Rs.

The previous big bank fraud case was of ABG Shipyard. This has surpassed the ABG Shipyard fraud amount of 22000 Crore Rs. Also this case is 4 times the size of the Nirav Modi Case. The CBI investigation displays that the fraud took its shape in 2018 when the Yes bank invested 3700 Crore Rs in DHFL’s sort term debentures. In return the DHFL gave 600 Crore Rs loan to DoIT Urban Ventures limited of Kapoor Family. The case includes links with Yes bank’s Rana Kapoor. The promoters of both firms namely Rana Kapoor and Kapil & Dheeraj Wadhawan got huge loans by pledging the overvalued assets.