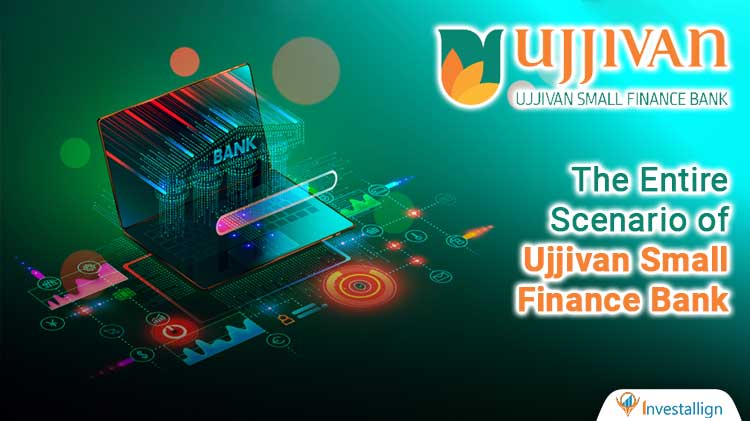 USFB is focused on serving the lower income group of India. It also ensures the banking services for the rural group of people. The company initiated its business operations in 2005 as an NBFC under the name of UFSL. It terms itself as a Responsible Bank. The reason is it ensures the financial literacy of the lower income group and underprivileged people. It ensures that they are not exploited in terms of any financial issues.

After gaining a license from RBI in 2017, USFB was established. Since then the company has been working with this mission of serving people. Currently the bank has close to 6 Lakh customers and more than 550 banking locations in 24 States and 248 Districts. The company also has a 24/7 helpline established to serve its digitally driven customer force.

The company has been going through a rough patch due to tussle with the holding company UFSL. Hence the previous CEO also exited from the bank due to this fight. Thus all these reasons triggered the share price to go as below as its 52 week low.

Ujjivan Small Finance Bank Recently recorded a 10% gain on its valuation of shares due to the appointment of Sanjeev Barnwal as its CEO. The current leaders of the Bank are Sanjeev Barnwal and Carol Futado. Barnwal was the previous Secretary and an insider of the company. Both of them have been with the bank for a long time and know the working system very well. However the bank has recently taken a hit of 9% loss in revenue and hence it is a very company to invest into as well.

The tussle initiated with the holding company when the board member started exiting the company. The previous CEO Nitin Chugh exited the bank with less than 2 years of working in that position. Later on, multiple board members were also excited due to the constant friction with the holding company. The reason is not known yet, however the company’s getting divided internally. There are totally 7 members who have so far exited the board including CEO, Independent direction and Non-executive directors.

There was a voting system carried out for the appointment of CEO. In the current situation there were multiple nominees for the position of CEO. he major name was Samit Ghosh and to repoint Abhijit Sen as independent Director. Both these names were rejected by the shareholders.

Samit Ghosh was deeply affected due to his rejection. He was urged by the bank insiders to stand up for the position as it had fallen vacant. The company was also in need of someone who is experienced and has the best interest of its stakeholders at heart. But in a heartbreak of events Samit only got 70%of votes and got rejected. On other hand Abhijit Sen also did not get his position of independent director back at the end of the voting session.

However at the end of the voting session Ghosh highlighted the issue between the bank and the holding company in an incomplete form. He said that the holding company took a back seat after they initiated the operations of the bank. The management of the bank has been driving these differences so far and hence it needs to get resolved soon.

The group has so far set its board but the real problems are yet to come. The state of asset quality with the bank is not at all good. It has taken a deep hit due to the COVID situation. The company not only suffered from 9% decreasing revenue but also took a hit on its portfolio of risk. This hit was close to 30% which is not at all good for any financial institute.

The stressed loans of the bank stand at 15.6% currently. Out of them the restructured loans alone account for 6%. The major reason is the COVID crisis. In the times of COVID Small Finance Banks have taken a hit due to the high level of competition with the larger banks. The financial world has been in a very sensitive mode since the COVID outbreak. Along with this the adjustment of secretary as CEO into the bank may be a big surprise factor to watch out for. However the shareholders and stakeholders are confident with the new appointment of CEO in the name of Barnwal but the future of the bank will be deeply based on his way of working through the banking business.