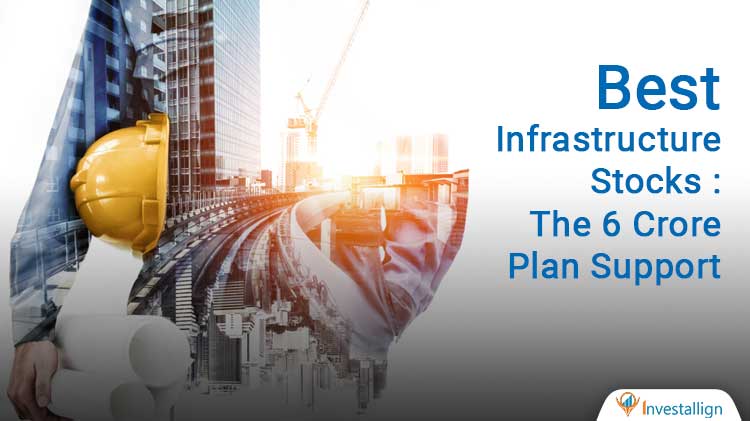 India has plenty of resources linked to land and labour. It is one of the preferences for the international companies due to cheap employee and labour. However the employee can only be utilized if the infrastructure of the nation is in good state. This is one of the reasons why the government is going for the 6 lakh crore monetization plan. From the money raised the government wants to build better infrastructure facilities. The reason is the international companies have been unable to find a proper home for manufacturing and other work posts due to the China distrust post COVID sitaution. The companies have tried to settle in Vietnam and India. Hence the government wants to pull all the companies that are possible for such an opportunity.

Recently the news flashed that Tesla wants to join the Indian operations of the Automobile Segment. The Indian government has also approved 4 Tesla models to run on the Indian streets. Hence one needs to be very selective with the stocks right now given the infrastructure drive that is going to come in the future.

These are the newly recognised types of companies which actively manage and construct their own or other’s infrastructure. In other words these are mutual funds for the infrastructure segment. Hence they pull money from people like mutual funds and invest into their upcoming projects or ongoing projects for liquidity and capital requirements. Thus one needs to be aware of such companies. In the recent past there were companies such as POwerGrid InvIT, Mindspace Business Park REIT, Brookfield REIT etc. who are listed under such categories.

Giving a head start to such infrastructure companies the SEBI has decided to get a space for the InVit and REIT companies in the Nifty Index. Hence such companies are going to be the major points of investment in the upcoming 5 years.

Whenever we hear the name of cement companies we get back to Ultratech Cement, ACC Cement and Shree Cement. Hence these are the all time favourite companies in the Indian domain given the development of the Infrastructure segment. It is not at all possible to create a structure or develop a site without usage of metals and Cement. Hence the cement stocks are going to be having a lot of business in the upcoming time frame.

If we look for instance one of the plans of the government known as GIFT City in Gandhinagar is a superhit. The site has attracted many multinational and domestic companies such as Bank of America and other financial institutions.

The only reason for the setback of GIFT city was the COVID period. Due to COVID the sales and execution cannot go through and there was heavy debt on the construction company. However the infrastructure development in India is not possible without these three companies. Currently Ultratech Cement holds the major share in the Indian cement market and on the other hand Shree Cement has good margins in comparison to Ultratech Cement. So these two are the top companies in this domain.

When it comes to developing infrastructure facilities in India no one can forget the Larsen and Toubro Group. It is the giant who has been dominating the Infrastructure sector since years. Following it there are companies such as GMR Infra, Reliance Infrastructure, JaiPrakash Associates, IRB Infrastructure Developers, etc. Hence these are the developer wings of the Indian infrastructure wing.

The major eyes should be laid on GMR Infra in the Thai portfolio. The reason is the company has been giving a tough fight to the Adani Group for airport maintenance business. In addition to that it has many ongoing site projects which can give it multibagger returns in the coming time. On the other hand L&T is already developed and has a giant customer base. It is also a part of Nifty50. Hence take a safe and risky bet together in this segment.

Why the Infrastructure Segment

The Infrastructure segment of India is underdeveloped There are many land parts which can be developed into industrial estates or business warehouses or corporate jobs. This would not only attract employment but also bring in liquidity in the sector. Looking at the current state the government has decided to monetize its current asset holdings and companies and to make most of its investment in the infrastructure business.

Through this there are two goals of government that would be fulfilled. One is the attraction of offshore companies and major production and manufacturing boost. This would in turn bring in cheap products available due to no tariffs applied and other import duties.

Secondly this would also boost liquidity in the system. This will be possible as the local people would gain jobs and hence get an opportunity for a better standard of living. This will not only benefit the spending by these people but also give a boost to social values at the end of the process. Hence this is the larger plan of the government and hence the infrastructure sector is a hot pie for the investors in the upcoming 5 to 10 years.