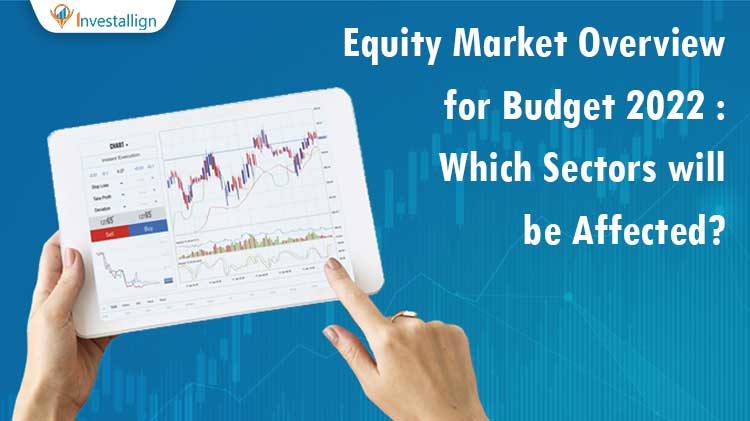 The budget 2022 was almost a no show and the government gave out flat announcements for the long term growth. No major decisions were taken wherein the individual taxpayers will be benefited or the industrial advancement can be done in a sizable manner. Neither the corporations were given any direct tax benefits. Hence the announcements were almost flat with nothing extraordinary for business and commerce.

However there were few announcements that could benefit the markets. The major one was the capped limit in LTCG. One can only imagine that the government wasn’t able to create a post budget rally in comparison to the bearish trend before budget.

The Finance minister brought a wave of happiness for the investors and especially those accounting for huge profits in a long time. The LTCG structure previously pointed out a very heavy implication of tax on those who earned more. The tax bifurcation previously was something like this :- 10% for those earning more than 50 L upto 1 crore Rs. 15% tax to be levied on those having an income of more than 1 Crore Rs. and 2 Crore Rs. 25% of tax was to be applied on income for more than 2 Crore Rs. but upto 5 Crore Rs. The max capped limit was 37% which is applicable on any income above 5 Crore Rs.

Currently as per the latest announcements from FM, the tax is to be capped at 15% for Equity markets. The other asset classes don’t have a specific clarity mentioned in the budget. However they would probably be involved in this bracket.

This directly indicates a higher number of long term investments from individuals. This puts them into direct benefit of having a clashing 50% off on the tax applied before on maxed levels.

Indian Infrastructure development was the centre of the entire budget 2022. The CAPEX expenditure is increased by 35% this year. His previous limit was set at 5,5 Lakh Crore Rs. However the current limit is set at 7.5 Lakh Crore Rs. This indicates a direct increase in spending from the government for influencing the foreign companies to invest inside India. Already the move has been initiated through the government’s efforts on the GIFT city project. The state government of Gujarat and Central Government want to create a financial hub in the heart of Ahmedabad. Thus Gandhinagar will play a major role in having the major MNC’s in the financial segment across the world.

Along with this the government has proposed a 25000 Km highway building plan. This puts the cement, steel and contractors back in business. Thus the construction sector is going to be an important part of the entire 2022-2023 year.

The government has been trying to incentivise its decision of farm laws ever since. The best chance to suit this was to asd technology in the traditional farming patterns of Indian farmers. The Indian farmers will now avail KISAN drones which will help them in developing better harvest over the year. This would mean that the technology industry supported by the fertilizer and pesticides industry is going to get a boost.

The Finance Minister focused on the country’s future goals including climate control and finding new renewable energy sources. Thus the Indian economy is inclined to move forward towards a 5 trillion dollar economy in a sustainable manner. The government has also focussed on developing the automobile fleet by 2030. The Indian economy aims to generate more than 30% conversion rationality in lines of electric vehicle dirty.

Thus the entire automobile fleet will see a 30% transformation towards the electric vehicle industry. This would mean that battery producing companies will get a pretty good head start. The top companies in mind when such things are discussed are Exide, Amaraja Batteries et. Alongside this there are companies who specialise in manufacturing various chemicals used in production of batteries or running them in a smooth way. This entire scenario points out another industry which is Technology Industry. Thus the entire scenario is set for the Automobile industry in electric transformation and its ancillary industries.

AS much as future driven the budget was, it did not show any major impact on any industries. The major reason was the budget’s overview was to improve any particular industry or get a stressed segment out of debt. The major purpose was to expand the economy at a greater pace. This may be the perfect way to express the motive behind the no show flat budget 2022.