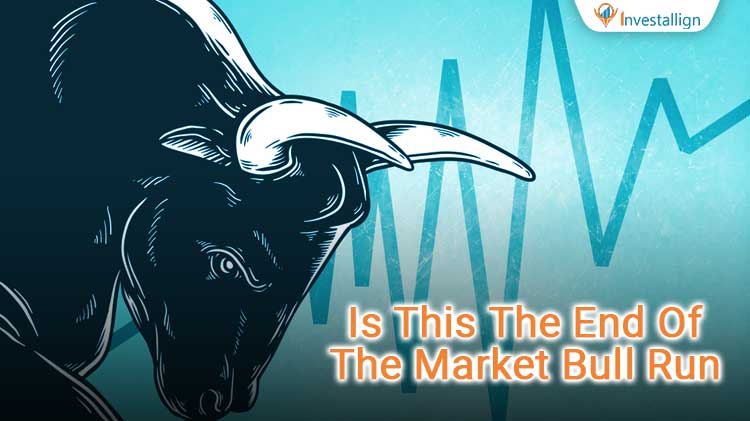 “BULL RUN” we all derive a volume driven positive move with this word. The market has shown yet another example of it since the last 1.5 months. The markets have almost gained 2000 points with a mere 3 to 4 sessions of red zone since the last 1.5 months. This has been the case since the market was edging over the 15800 levels. The level break of 16200 caused an endless bull run which no one had predicted. In just 1.5 months Nifty gained almost 10% to 12% or around 2000 points in gain. All this was possible due to the continuous inflow of good news for the Indian markets and economy. There have been share driven news, nation driven news, sector driven news and altogether with breach of possible resistance levels and increased market cap. All these factors are the cause of this unending streak of market bull run.

What Caused The Bull Run ?

There were 3 main pillars for this bull run. The Blue chip news, Cabinet announcements and FII.

Since the last 2 months FII has been constantly increasing the flow of money pushed into the Indian markets. This was happening due to the raw news of Cabinet announcements and Economy data. The FII have sources to get them beforehand information even previous to the time it gets public. Hence they have an upper hand for the investments. Also they have complex algorithms which drive them to indulge into high profit trades. This time around the FII has been constantly driving the Indian markets since the 16000 levels. It is such a robust flow that the FII is not letting the markets fall. Recently as well if notice the markets were about to fall but the major level was held around 17250. There was not a single time the markets crossed that level and broke down. Hence the FII has been a back bone to support this bull run.

Blue chip stocks such as TCS, Reliance, Bajaj Finance, Bajaj Finserv have given constant returns without fail. Reliance has rolled out its plan for green energy, successfully went through the Saudi Aramco deal and is planning for a Jio Phone launch in collaboration with Google. All these news have been the major reason for its robust increase and movements towards 2500 Rs.

TCS has successfully accomplished the 14 lakh Crore Rs market cap milestone with its employment schemes and better results. It has also got ahead start from the technology secretary which is driving ahead due to the Electric vehicle push and other factors. The world is currently dependent on the technological aspect and with TCS being a major global competitor the FOF and international funds also consider it to be part of their portfolio. Also with Infosys suffering from the government website glitch TCS has the edge to get the contract for the next term.

The Cabinet announcement has been very helpful to the stressed segments of the economy. This has been a major reason for the latest push of markets from 17300 to 17800 levels. For more information on cabinet announcements visit this link.

The markets have been constantly rising to new levels since the 1600 breakout. But with a surprise in the last session of Friday, the markets achieved the level of 17800 and got triggered down to 17600. This means a 50 points loss from the 150 point gain. Such a fall hasn’t been noticed since the fall due to Fed Taper. This can be a temporary situation but in the near future the Nifty50 can surely go down.

The major reason to support this claim is profit booking. The investors and traders have set up major breakout levels at 17800 levels which was one of the reasons for the market getting cracked up even after hitting the all time high. There is another strong reason why markets are about to fall. It is the Chinese Economic data. The neighboring country has ruled that the growth in the next part of the year is going to be slow. Also the US Data by Reuters suggest that earnings and revenue for the third quarter can be slow due to the Delta variant in the USA.

Along With this there is the momentum and historical data with us. Indian equity has been very strong since the last 2 months. Any fall in any part of the world has not affected the Indian markets and it has always gained its previous level after a slightest or a big fall. This can be proved with the major correction around 16300 levels and bounding back of Nifty50 to cross 17000 levels. But the current situation is very dangerous due to the overpriced markets.

The markets have been overpriced right now and have reached a level which no one had expected in a short run. Hence there is definitely going to be a panic sell from the investors or trades. Also any bad news in the markets or economy can shutter the entire gain as everyone is under the fear of fall. So one should strictly abide by the resistance and support levels in such times and stay away from risky trades.