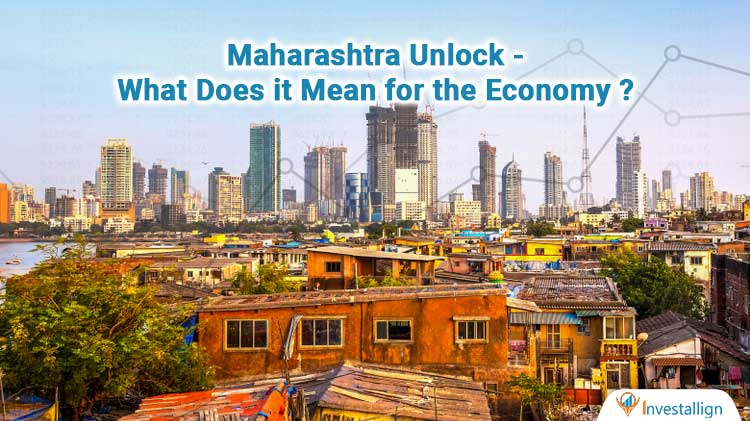 Indian Economy is driven by a combination of various sectors and factors. The major ones are continuous employment, efficient transport and business turnover of goods. These factors may be very simple but they hold the major pillars in the Indian economy. Any state or any city needs these three things to have a continuation in business operations and hence moving the economy further.

The MNC’s we see working in high rise office buildings and separate corporate houses own their entire survival on raw or factory outputs. This is the reason why a continuous movement of people is needed. In cities like Maharashtra one cannot survive without Local Trains and Metro. Specifically pointing out one can never survive without Local Trains in the state. The reason is the high distance between cities and ample time taken to reach there by road. This is the outcome of heavy traffic found on the streets of Maharashtra. That is why it is said that if you want to survive in Maharashtra, “Start Loving Vada Pav and Learn to Travel in Trains.” Amongst the lockdown one can never forget what were the problems faced by the business hub of India.

When the state went into lockdown there were ample problems for the labour class and the people who lived on daily wages. While this was a constant problem for every state, Maharashtra suffered heavily as its major business operations were stuck due to Corona Outbreak. The Dabbawalas who had a record for 0 day leave even among the heaviest rainfalls were jammed up by the Virus. Among all this the Cloth Hub of India and Fashion Industry Capital was stuck in deep trouble.

The major sectors which focus on the developed class of people faced a heavy obstruction.

Along with this the Club and bar chain capital of India was facing heavy losses. The fashion industry was the most affected segment due to the Maharashtra Lockdown.

The Maharashtra State is going to undertake major upgradation into timings allowed under the new plan. The major announcement goes for the retail shops and hotels and restaurants. These get the permission to remain open till ten in the night. This is a major relief for the businessmen and the entrepreneurs of Maharashtra. The government not only has upgraded the timings but also allowed local train travel for everyone who is vaccinated. The same applies to people attending malls and other public places. The vaccination certificates will be scanned before entering the malls and at the entry and exit points of railway stations in Maharashtra.

Other events such as marriages and gatherings are allowed in banquets with 50% capacity. All these facilities are to be allowed from Fifteenth of August.

The Government has allowed the businesses to happen at full stretch. The city areas of Maharashtra are flooded with visitors from other states. The major movement would be noticed in manufacturing units and the Garment Industry. The reason is the Fashion sense and requirements of Maharashtra people. The locals demand a heavy amount of fashion apparel every season and every month. There has been a shift noticed on online buying but one should not forget the actual source of these online sales. The major firms having high capital accumulate stock and then sell it online through Amazon and Flipkart Is B2C model. They connect directly with customers through modern ways. But what will they sell if there is nothing available online.

The purchasing of Garment is majorly done from Maharashtra. The reason is Chinese containers are offloaded at the port of Maharashtra and Hence give new tastes in the raw cloth available every season. This gets into the Mills and then initiates processing. Now all this work was also allowed during previous lockdown norms. But the major shift is noticed is the selling area. Previously less people were reaching out to these merchants to fulfill their demand for cloth as there was low movement of goods. The major buyers are from Rajasthan and Gujarat. Thus with extended hours and increase in demand, more business turnover can be achieved and this will give a major push to the economy as well.

There are factors such as fuel consumption, Liquidity and employment which will be directly increased with opening up of Malls, Restaurants and timings. There is so much discussion on the Maharashtra Unlock because it is the hub of every business activity in India. It owns major MNCs and its portfolio. With any change in Maharashtra’s situation the Stock market takes a move. The recent rally in the markets has one push from the unlock of Mumbai as well. With this it is signified by the government that it is not going to impose another lockdown. The third wave is yet very far away. Hence as of now people should focus on business activities and forget about the chance of another breakdown in the business routine.