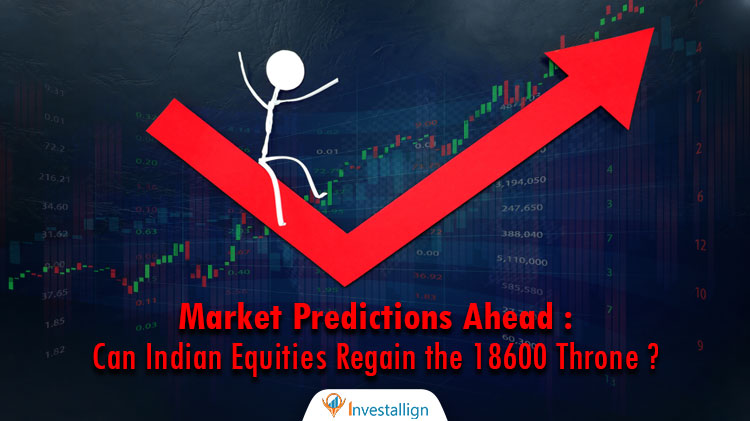 The markets have been recently pushed into a solid volatile trend. The VIX has gone up since the Reliance Deal Breakup with Aramco and the announcement of restrictions due to the new COVID variant. The investors and traders took Nifty50 to a new record level of 18600 and from there the sudden fall of almost 1600 to 1800 points happened within one month. This is the power of retail investors that the Nifty50 has sustained this much as the FII has been heavily selling the Indian Share of equities on account of the emerging opportunities offshore in Russia and China.

The investors who were betting on India and not going towards China are slowly shifting their focus towards China due to the recent news. The flash news displayed that the Chinese economy is the richest among the world. Though it has tons of problems such as coal shortage, power shortage, Evergrande Crisis but yet the riches of China have managed to pull out a grand slam out of nowhere. The economic growth and development is also estimated to grow multiple folds in the upcoming years. All of these is possible due to the labor capacity in China and it being the Manufacturing Hub of the world.

Talking about Indian equities, it is not hidden that a heavy selling has been noticed since the last 2 weeks. There are many reasons behind the same. One of the primary reasons was FII selling and another one was the expiry date coming near. The Expiry has discouraged the FII and many retail investors as well to decrease their risks and hence the Capital flow in the Indian economy decreased suddenly. Along with Thailand there were multiple IPOs in the pipeline since the last 2 weeks which has been drawing the capital away from equities due to the stellar returns possible on IPO launch. Thus the markets have been reacting due to all such reasons. Amidst this situation one question is always adamant, “ What would be the flow of the market in the upcoming days ?“

The market currently seems to be consolidating itself or getting ready for a solid bounce back. The possible reason was the movement of stocks on 29th November, 2021. The major stocks were under heavy buying zone and this was also seen in ten indexes. The indexes that were trailing 200 points down at the beginning of the day settled at being in positives. The Nifty50 indeed its day with 100 Points gain. The major player behind this growth is Reliance. The RIL shares gained more than 2.5% in the day but they settled the day with a gain of 1.2% only.

How to Determine the Market Direction ?

The high volatility in the stock prices suggest a risky zone for execution of trades of short term. One can always buy at such prices because the markets have drowned more than 1600 pints for their all time highs. Hence one can hope for a recovery of more than 30 to 40% in the valuation of the index. This means that overall all sectors will benefit from this gain. However at the end of the process it becomes very difficult to make sure when one can start investing heavily into the markets.

For answering this question it is important to look at the price charts and price levels for the shares individually and the indexes as well. The Index went down to 16200 levels and that is the bottom for the last 3 months. From there the market boomed and never looked back. Thus one can assume it to be the maxed bottom point. If by any possibility it goes down from there then a string alarm for stop loss and exit is on for the traders. However the investors should apply the strategy of buying at dips and sitting back and relaxing.

Yes it is true that some of these changes are happening due to the COVID variant omicron that has initiated from South Africa. However the caution bells are on for the future time and hence all savings should not be interested again at this point of time. The diversity in the portfolio is the only way out right now. Ne should look forward to investing into the FOF funds as well that directly invest into the global markets. Along With this gold should be a prime focus for the investors right now. The gains from the bull ru8n should be reinvested into the yellow metal that is trailing at lower prices than its all time high.

Hence overall it seems that the panic situation is merely over and the markets can rebound at any point of time in the coming days. However the only reason that can stop the markets now is the rapid increase of COVID cases and if that happens the Indian economy would struggle heavy due to the same. The reason is the businesses would face another breakdown into their daily cycle and that would affect the entire cycle of the economy.