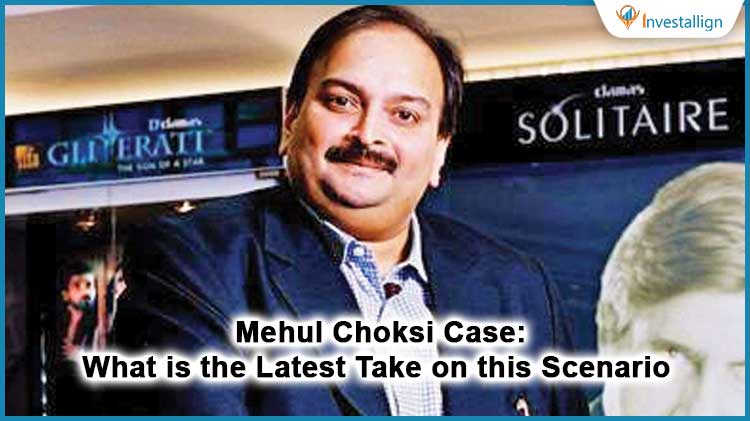 The 13500 Crore Fraudster of Geetanjali Diamonds is in headlines nowadays. The name is Mehul Choksi. He is the owner of 4000 shops of Geetanjali Diamonds in India. The firm is involved in the business of Jewellery. The major work of the firm is related to diamond jewellery. The firm initiated its business with rough diamond trading and sorting. Later on its expansion began and today the firm has more than 4000 Shops in India. Mehul Choksi is a successor to the firm which was started by his father. He started running the firm in 1985 and expanded the same.

Mehul Choksi is related to another famous fraudster and fugitive Nirav Modi of Firestar Diamonds. Nirav Modi is the nephew of Mehul Choksi. Mehul is an Indian citizen but in 2017 he filed for citizenship of Antigua and Barbuda. He is a fraudster as he took away a loan from Punjab National Bank and later on ran away from the country.

Geetanjali diamonds is a well renowned name in the Diamond Jewellery business. The firm had earned fame and goodwill in the half decade starting from 2008. The career of Mehul Choksi began in 1975 when he started learning about the gem business. The family of Mehul Choksi involves his wife and three children. One of his uncles owned the firm Domicio. It was a renowned Jewellery firm in the U.K. and Belgium. Later on the firm was booked due to default payment for approximately 26 million Dollars.

Mehul Choksi and Nirav Modi were both a part of the same. Through the statement given by the bank, the companies of both the fugitives and officials of the bank colluded on this deal. They offered the LOU’s to both people without any collateral or cash or liquidity or securities. Hence the high authorities of Geetanjali and Firestar Diamonds were held. The people of PNB’s Mumbai Branch were also held under the scam. This resulted in massive loss to the PSU bank. It not only suffered financial loss but the goodwill and trust on the bank also suffered tremendously. The bank was the second largest lender in the country. Hence the trust of depositors was obvious to fade after this scam.

Why Did Choksi Go to Antigua ?

Choksi fled from India under the name of medical situation. After his flight it was announced that he had a citizenship speech in Antigua in 2017. Thus he became a citizen over there. After that the path was quite clear that he was never coming back to India. After catching the halt of this news the Indian Government called up its agreement with Antigua and started searching for Mehul.

However the actual plan of Mehul was something else. The plan included going to Cuba and it is very obvious why. The reason is India does not have any agreement with Cuba for catching criminals on their land hence it will become very difficult for Indian Government to trace him from there. This obvious plan made Indian government alert. Thus the CBI was keeping a constant watch on Mehul’s movements around the Cuban Border.

By constant talks with Antiguan President the Indian government sent a special flight with all the required documents to catch Mehul. The proposal was accepted and hence he was arrested when he attempted crossing the border. After his arrest he has not been granted the permission to go to India yet by the Antiguan Government.

Why Antiguan Government not Allow the Release of Mehul ?

Mehul Choksi has been facing multiple criminal proceedings against him by CBI and ED both. His borrowing from PNB is already considered as a fraudulent activity in India. He is also accused of taking the LOU under wrongful ways. The outcome was a major loss for the PSU bank. This has made his search more inevitable for the government. On the other hand ED has also accused him of money laundering. He is booked under the corruption charges for bribing the PNB officials to avail the big amount of loan.

Plea to Declare Mehul as an FEO

FEO stands for Fugitive Economic Offender. The plea has been halted so far by the Bombay High Court. The lawyers of Mehul have detected that they want to cross examine the witnesses who have directed the money laundering issue. They haven’t received access to get deposition with the witnesses, However the lawyers have argued that they have submitted their reports and complaints to ED and are waiting for the reply. Thus seeking this statement of lawyers the Bombay High Court has asked the Special court to not declare the final judgement.