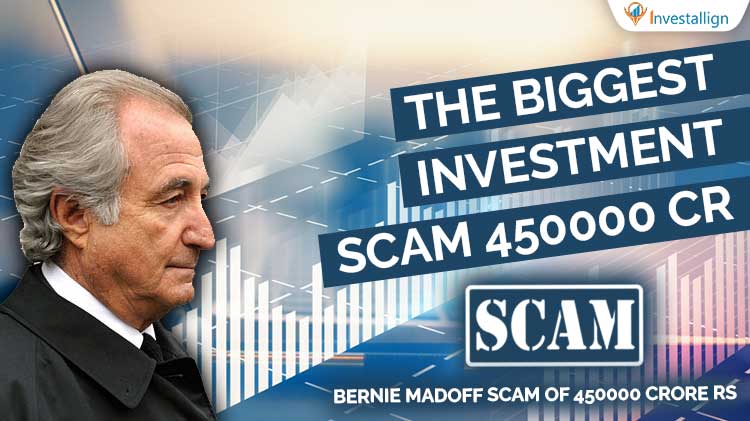 Bernie Madoff is a former fund manager and also the former chairman of NASDAQ. He was a well respected investor due to his position in Wall Street. Bernie was also one of the best hedge fund managers due to his constant return policy. He also opened his own investment company named Bernie L. Madoff investment securities LLC in the 1960s. He was a well known hedge fund manager and financial advisor as his company gave constant returns of around 12 – 13 % across his firm’s working. Madoff was arrested on December 11, 2008 by the authorities.

Bernard started his company in 1960 with an initial investment of 5000 dollars. Later on due to his good returns many of his friends and family members started investing in his company. Bernard normally preferred penny stocks for investing. Later on the firm started innovating and using technology to give competition to the NYSE’s listed companies. This technology became very effective and came to be known as NASDAQ after trial runs. It was due to this technology that he was the chairman of NASDAQ. Due to his contribution towards stock market advancement and his skills as an efficient fund manager he was known as master of stock exchange.

He employed his family members in his company to maintain the working secrets and for smooth functioning of the company. It is believed that the initiation of scam began in 1970 or 1987 (due to the crash of 87). As per Madoff the fraud began in the 1990s. It was Madoff who started the concept of brokerage and paid his brokers for maintaining clients and increasing the firm’s business. Later on in 2001 the firm converted itself from solo proprietorship to an LLC.

Madoff was a great strategist. He focused on penny stocks with high potential and took money from his family members in the beginning. Due to his high return potential he grew his business from the technique of word-of-mouth. The people who initially invested in his firm earned good returns. These people told other close friends about the scheme and soon Bernard had a high cash flow available with him for investing.

Later on he played a master stroke by the selection policy. Bernard was receiving many investments from various people and a group of investors. Due to this he made a policy on taking money from selective investors. This resulted in high and premium value of his firm. This was the result of simple demand and supply strategy. Also he was supported by Jews because he was a Jewish and due to this all the wealthy Jews diverted their money to his company. The greatest reason for getting consistent increase in investors was his unusual but constant return policy of 12 -13%.

The scam has its roots in the first investigation by authorities against Avellino and Bienes. This was a feeder fund of Bernard. The firm became a sole investor in Madoff’s company when Alpren retired. The firm was accused of selling unregistered securities. Due to the investigation the company was asked to shut down and pay a fine of approximately 420000 dollars. The company worked for more than 10 years with Madoff and this was the case when Bernard’s firm came into light of authorities.

Bernard’s firm was first taken into investigation by SEBI in 1999. The reason was authorities having concerns about hidden information from clients. In reality the case was a lot different. Due to the 1987 crash the company had to face a lot of cash crises due to loss in the portfolio. But Bernard did not want to make his clients unhappy. So he continued giving them 12 % returns with a mindset that he would cover the losses once the market recovers. Also people had a lot of faith in him as in market down fall or uptrend the returns given by Bernard were the same. Hence the fund had additional cash flow and hence every problem of cash was managed.

This was the phase when we can say that Madoff converted his constant return policy into a PONZI scheme. Due to this return policy he attracted big companies for investing in his company. He had many big companies to invest like BNP paribas, HSBC, Tokyo teacher’s pension fund, RBC royal bank, RBS etc.

Generally all the PONZI schemes give good returns till 4 – 5 years and later on they get exposed. But Madoff did not make any big promises and was stickler to his policy of low risk and constant return. This made the investors happy and they gained trust for Madoff’s company. The curtains to this PONZI scheme lifted after 20 years of good returns. The time was the 2008 financial crisis.

In the market crash of 2008 the Bernie Madoff scheme got exposed. All that Madoff wanted was to give consistent returns to his investors but it was not always possible after the 1987 crash. Hence Bernie started lying to his investors. He was out of additional cash to provide returns hence he ran a circle of cash. Here he took cash from the new investors and utilized it to provide returns to existing investors. Due to his reputation and market consistency investors never thought of withdrawing their money from his company. Hence he had the confidence of constant cash flow. But this scenario was changed in the 2008 crash of the market.

Due to the crash people demanded money and hence Bernie was exposed. Until then over all other years people investing money were more than people withdrawing. Due to the crash people started withdrawing money and due to no more investment he was unable to return money to investors and hence he got exposed. No one including his sons who were working in his company was aware about the scam. This was the time when Bernie cannot provide returns to his investors and the entire scam came into picture. The estimated value of the scam was around 450000 crore Rs. at that time of 2008.

After knowing about the scam the authorities arrested Bernie in 2008, Dec and all the other people involved with him. Due to his scam investors lost over 450000 crore Rs. Out of this money 350000 crore Rs. is recovered by investors but the other part is considered as bad debt due to the least possibility of its recovery.

The government rolled out more than 700 million dollars to the defrauded investors of this PONZI scheme. Bernie was sentenced for 150 years of imprisonment. Many of Bernie’s early investors managed to get all their money recovered from the company. The government sealed all the assets of Bernie and his company.  Many of his investors committed suicide due to Bernie’s losses. During that period the S&P index was trailing down by 30 – 35 % and due to this case the crash lengthened its losses nearly to 45 %.

This case caused many changes in the policies of the U.S. stock exchange.

One thought on “The Biggest Investment Scam in the World : Bernie Madoff Scam of 450000 Crore Rs”