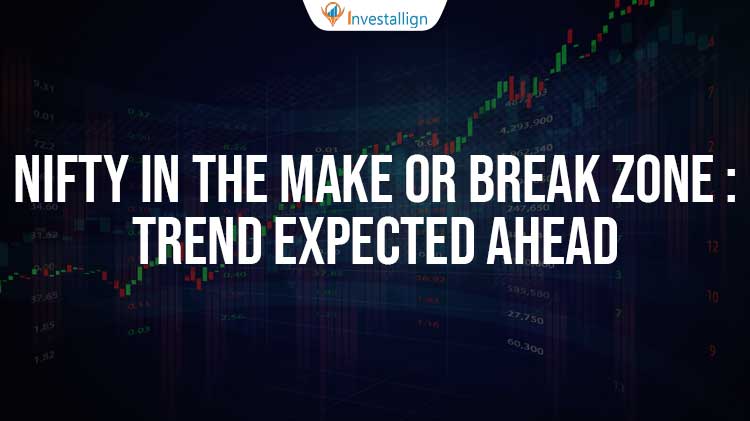 Indian Indices are in a heavy volatile range. The entire market is under two impressions whether the Index is going to uplift itself and break the 17000 levels or it will fall again to 15500 levels and below. The reason behind this is pretty simple. The upliftment is only because the market was under constant pressure from bears but the situation is turning otherside. The current state describes buying coming in from multiple sources in the market. But the market keeps showing its swings through rough days amidst the high valuation and resistance breakouts.

With a three day victory to get back on track of rebound, markets turned red again and slumped for 250 points or more in Nifty50. The loss is not major as compared to the 700 points gain. However this is called the effect of settlement post a positive outbreak.

The Nifty50 currently is in a complete level bound range. The markets are very close to the breakout level of 16800 and 17300 now. However the journey was really tough to reach here. For almost 2 months markets remained in a bear grip with multiple factors affecting the economy constantly. Firstly it was the War between Ukraine and Russia, then it was the Sri Lankan Crisis, Inflation, Rate Hikes etc.

Hence the reasons were continuously driving a heavy pressure on market valuations. Hence the market was trapped in the 15400 to 16400 range. There were multiple instances when the Nifty50 tried to climb above the 15800 levels at the first stage. However they failed and tumbled back to 15600 levels.

Then finally when the nifty 50 crossed the 15800 zone it was the Sri Lankan crisis that affected again alongside the results of Indian companies and inflation. This slowed down the market’s journey to the top 16400 level. With 4 possible moves the market constantly failed to claim that level and it was due to Fed Rate hike and fear of Inflation.

Also there is one defined phenomenon that happens once the market fails to achieve the resistance level. It tumbles heavily in the downward direction. The same happened to Nifty50. It went down over 300 points and caused a heavy sell off leading the investors under a constant threat of value loss. However at the end the Nifty 50 marked its win over the 16400 levels and now the 16400 level is the most crucial support zone for the markets.

Amidst such a scenario the government declared a basis point increase in interest rates. This means the government wants to cut down on spending to balance the economy and save it from going into recession mode. Yes there are multiple predictions that the economy is headed towards the recession zone. However one can only imagine that it does not occur as recession will trigger a sell off that no one has ever imagined.

The Indian Stock markets have been under the pressure of bears for a long time and hence everyone expects a green run ahead. It is true as well because over the years of predictions the Nifty50 returns an average of 10% gain every year. Thus one can expect the Nifty50 to rise ahead till the end of year. There may also come an instance when the Nifty50 may break the 18600 all time high levels before the end of this year. The markets further can be bearish given the rumours of recession.

But the GST collections and Factory output levels suggest otherwise. Also the kind of festivals coming ahead one can expect the retailers to post solid sales figures. Also the steel industry is under pressure due to export duties but it is only because of the rate hikes and stabilising the scenario. Thus the markets are displaying a trend of mixed scenarios since the last few months and the same is happening currently as well.

However as per the present situation markets are expected to cross 17000 levels in the time period of 1 month. The gains can extend over 17000 as well but for that the Nifty50 needs to break the resistance level of 17300. This is one of the most important levels because it is the start point of the disruption for the past few months. The markets got slaughtered by the Ukraine -Russia war when the Nifty50 was at 17300. Hence the further trend seems bullish as per the current scenario.