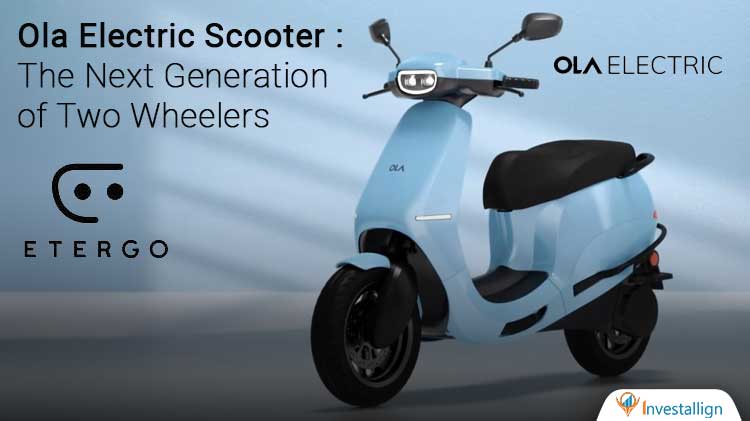 Ola initiated its operation in 2010 under the leadership of Bhavish Agarwal. It is one of the most successful cab companies in India. As per the statistics Ola’s valuation was close to 6.4 Billion dollars in 2019. It has multiple investors associated within its investment received portfolio. One of them is Softbank and it has a large stake in the same. Its cab operations are extended towards Australia, New Zealand and the U.K. Ola has been constantly focused on expanding its business venture. That’s why it acquired FoodPanda in 2017. Ola wanted to enter the food business as well. It also acquired another company named Ridlr which Makes public transport ticketing easy. It has also performed the task of investor in the startup Vogo for scooter rent business.

Ola electric was founded in 2017 itself. Hence the company started its plan for expansion in 2017. Ola also acquired one company for its expansion such as TaxiForSure. The company took over the TFS company for roughly 12 billion dollars.

Indian markets are looking almost ready to welcome the electricity driven vehicles. There are multiple reasons associated with the same. The prices of petrol and diesel have reached at almost 100 Rs per litre and with such a high price one cannot think to afford them as fuels in long term. With this there are large population needs as well. This not only raises the prices due to imports but also creates more pollution than it is required. In the longer term such a pollution rate will be very harmful.

Looking at this the government is constantly trying to find a way out. Thus the most probable way out is full fledged production of electric vehicles. The infrastructure development has already been initiated by many companies as the government is giving out multiple subsidies for the same.

Ola wants to be an early bird in the electric segment. The company wants to expand its business dimensions, hence it has been working on electric vehicles since 2017. The results are in front of us right now. Ola launched its first fleet of electric scooters. The S1 and S1 Pro. Both these models are so cost effective that they save almost 40% money in comparison to the petrol and diesel vehicles. The pricing of such vehicles is definitely higher than the affordable petrol vehicles.

However in the long run they prove to be hyper cost effective. The normal range for such vehicles is between 80000 to 1.10 Lakh Rs. The single charge capacity for such vehicles is close to 180 Kmph. However difficult it is to maintain and plan out the drive with such vehicles due to limited infrastructure in India but this is the future of the Automobile industry.

The Automobile experts themselves define the sales to go down by almost 40% in the petrol and diesel driven vehicles in next 5 to 10 years. Thus the vision by Bhavish Agarwal is very clear. To enter the Indian markets as soon as possible. Another reason to target the Indian market is that the population in India is huge and most of them belong to the middle and lower class.

Thus such people always want the most affordable modes of transport and life. This way the ola scooters can be a first preference in Indian markets with such an early entry. Right now there are many less companies in India manufacturing and selling the electric vehicles and Ola being a familiar name can get the first preference in the mind of buyers.

However the early stage entry can be risky but the Indian market needs higher penetration and better results and this can only be achieved after many trials and errors. The automobile giants such as Maruti, Hyundai etc. have also started designing the electric vehicles to add to their fleet. Tesla, one of the largest Electric vehicle manufacturers, has received a green signal from the Indian government to start manufacturing and selling its vehicles in India.

There are roughly 4 to 5 Vehicles from Tesla’s fleet that have received the permission for manufacturing and sales. This signifies how international brands are also targeting the Indian markets and wants to get the early bird advantage.

With the future being the electric vehicles one can also look up to the shares and companies related to the same. There are possibilities that OLA may soon launch its IPO with the  introduction of electric vehicles. Also the shares related to the electric engines and batteries can benefit in the upcoming wave of the electric segment. This ways one should always be focused on capturing the advantage of this situation. The portfolio and mutual fund managers have also designed various electric feature driven funds which should be looked at and invested into. This is why the Ola scooters can be the future of the next generation of automobiles.