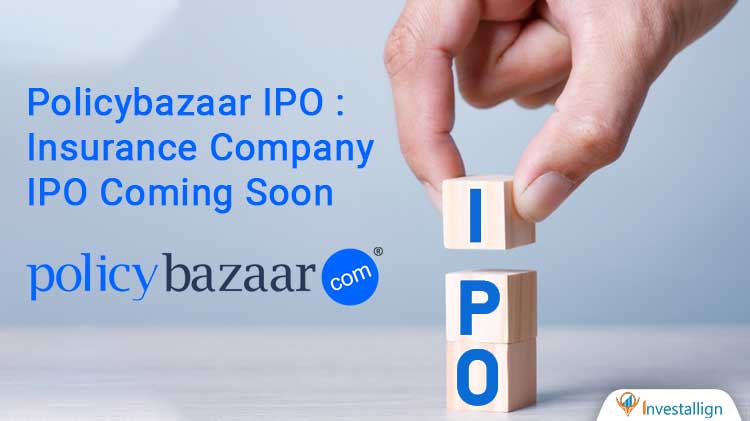 In the recent wave of modernization, the young generation has learned to capitalize on the resources available. One of the key resources is the internet. It enables the online sales and growth of any business and the recent big startups in India are all mostly based on that system only. For instance if we take Paytm or Zomato or PharmEasy or PolicyBazaar all these companies have increased their reach through the presence of the internet. They have marketed themselves on the online platform and also found their customers online. This has widened the exposure for every company and also decreased the gap between companies and customers.

Policybazaar completed its decade in 2018 and was formed with a purpose to make the insurance available to every individual. The company aims to compare various policy plans for the customers and get them the best policy terms available. In layman terms it is a place where insurance companies and customers meet each other. The company modifies the requirements of customers through filtering and gets them the policies they want. The entire process is AI driven and the company capitalizes through sales of policies on its platform. In many ways we can also say that it is an agent of multiple insurance companies.

The company initiated its working in 2008 and today has a valuation between 4 to 5 Billion dollars. The IP planning was made way back by the company. However given the COVID situation the entire panning was kept on hault. The company’s initial investor is INFOEDGE. InfoEdge has given out many outstanding startups to the Indian economy. Among them Zomato and Policybazaar are the most successful ones. These companies have accelerated to valuation close to and more than 5 billion dollars.

Talking about policybazaar IPO, investors are very excited about it. This is the reason why the company’s valuation has increased post the announcement. The previous valuation was 3.8 Billion dollars and now the valuation is close to 5 billion dollars. The company is planning to issue both its primary and secondary shares.

For many reasons it can be said that the objective behind the IPO is freeing up the stake of early investors in the company. This is said because the company has more than 12 years of presence in Indian domain and still hasn’t done any buybacks or steak purchase. Thus the investors are keen to get their investments and profits back from the unicorn. The revenue of the company has doubled in the previous year. However in its comparison the loss has remained the same. This shows the company’s progress on getting close to the breakeven point.

Yashish Dahiya initiated his idea for the startup in 2008 and he comes from a military background. The recent actions from the CEO denies that he is keen to benefit the Indian Domain more than others. During the Doklam Standoff he even offered to buy back stake from his Chinese investor Tencent. Not only that he has tried to always avoid investments from China given its constant attacks on India.

Given all these things aside, Yashish thinks that Policybazaar has great potential ahead. As per the reports it is sure that the company has matured already but the CEO thinks for larger scope. This is identified by his statements for expanding business in Indian markets. The Indian markets show that only 6 crore families in India can afford having the insurance facilities and out of even that class only 15% prefer having insurance. Thus the insurance segment in India is very underdeveloped and has great exposure in future.

Other Information Regarding IPO

As per the reports the company is planning to launch an IPO close to 4000 Crore Rs. The advisors for the IPO filing are Kotak Mahindra Bank, ICICI Securities, Morgan Stanley and Citi. Along with this it is said that the DRHP will be submitted to SEBI in the month of July itself. However the IPO launch can get delayed to November or December. The reason is the business segment of the company.

Policybazaar is working in the insurance business. Hence it is necessary for the company to get an approval from IRDA as well. Thus SEBI and IRDA both will give permission to the company and then the IPO launch will take place.

The company also got its brokerage license recently which allowed the selling of insurance policies. The company previously could only display the policy plans. But as stated above it is an agent of all the insurance companies now.

The growth of Policybazaar is backed by the consultation and guidance of InfoEdge. The company’s share price is on the rise given the launch of two groomed startups (Zomato and Policybazaar). This will provide InfoEdge with loads of capital inflow. It was the first investor for Policybazaar in India. This is also the time when Policybazaar couldn’t even afford to pay any of the partners and Infoedge bagged a majority stake in the firm.