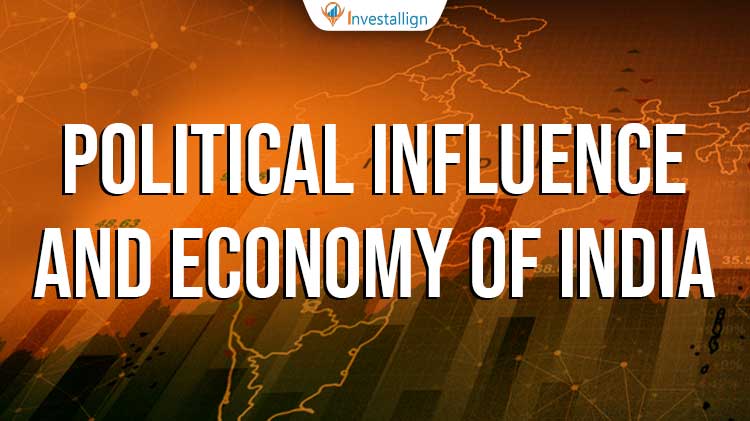 India has been following the trend of three industries for years. The best way to gain fame and become successful is through three industries namely Cricket, Bollywood and Politics. Amidst these industries entry into politics is very easy and difficult at the same time. If the bloodline is already indulged into politics it is very easy to get into politics. An example of the same is the Gandhi Family. However if a new person tries to get his way through the politics of India, it takes years of dedication to make a name for him or her. The description of the stage is important due to the huge impact politics has on the economy.

The entire economy runs on the decisions made by the ruling political party. Also opposition plays an important role in balancing the decision taken by a ruling party. However, to do the same the opposition party needs to be powerful. In the current situation everyone knows that the Congress Party is not able to raise its voice in Parliament house under weak leadership. This is the reason why the price rise in petrol is not questioned. However it is important that the political dominance is neutral and not in favour of some people.

There have been multiple instances in front of us where the political support has caused a huge benefit for multiple businessmen. For instance one can take up the Rafale deal of Anil Ambani Group on the side of the government. Also the multiple airport takeover from Adani Group cannot be underestimated. All of such things are not possible without strong government assistance. The Adani group’s leader or founder Gautam Adani has strong ties with the current Prime Minister Narendra Modi. This has been evident on multiple occasions. The Adani group also got the ownership of a large landscape in Ahmedabad for its Shantigram project which was possible with political support.

Hence one has to definitely make sure that for the development and constant growth of one’s business he or she has to ensure strong ties with the current political party in power. The government has the power to make or break any business with its policies and reforms.

Political assistance is provided to multiple business houses due to one of the major reasons named Funding. The big businesses provide a huge amount of funding to the political parties which makes sure that their campaigns do not suffer from shortage of cash. Hence politics and businesses go hand in hand to fulfil each other’s requirements.

Long time ago Coca Cola was manufacturing its products in India. There was a time where it led the Indian Soft Drinks Market. However due to political change and protests against such soft drinks and their effects around 1977 the company exited the Indian Markets. The policy stated that the brands have to reveal their manufacturing formulas to the government to ensure safety of citizens. Also Pepsi and Coca Cola were forced to do the same by the Supreme Court of India to verify whether the brands use high pesticide in its production process. This was a bold step from the government which kicked out Coca Cola from India. In its place Double Seven which was an Indian Brand then started dominating the markets.

The recent instance has to be of the Steel Export ban and Wheat Export ban from the government. This decision alone cost billions of dollars of business of export nature to the government and companies located domestically.

Also the government’s strong steps to remove BOPP plastics from usage have become aggressive. This has caused a panic amidst the plastics industry. The government has made it compulsory to use 75 Micron plus plastic or else the manufacturer may face a ban on its factory production for 6 months.

The markets reacted very strongly to any change in policies or budget allocations from the Indian Government. Recently the government rolled out multiple incentives for electric powered vehicles which inflated the prices of multiple companies such as FIEM, Tatva Chintan, Graphite India, Tata Elxsi etc. The decision to promote usage of  electric vehicles caused a direct impact in companies manufacturing parts and subparts used in battery manufacturing and its components.

Similarly the ban on steel exports caused a massive value erosion in JSW Steel, Tata Steel etc. The share fell for more than 10 to 15% in one single day. Hence any change in policies or reforms brought by the government has a direct impact on the companies and economy. There have been instances where such information is available to certain classes of people before it becomes public knowledge. However this case is notified as insider trading and insider information which is a criminal offence.

The current scenario of the government is changing. The information provided to the general public is void of any discrimination. Thus the political decisions had, have and will always be making a long lasting impact on the markets, companies and the economy.