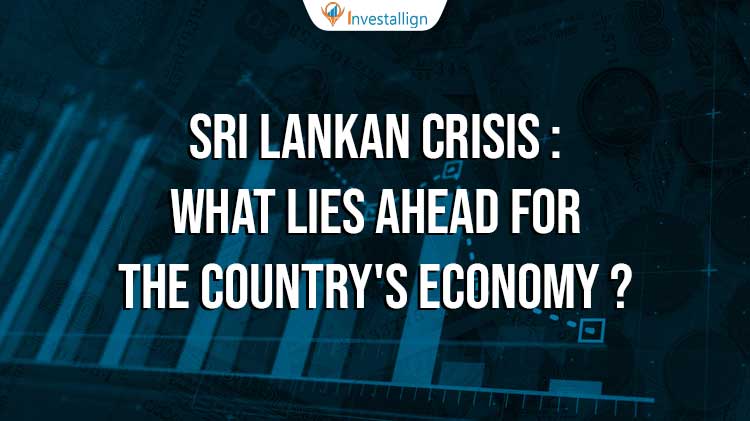 The Sri Lankan Crisis is a classic example of poor political ruling and impractical decisions. The entire scenario can figure out for the entire world how few politicians indulge into some impractical promises made to the public as a part of their campaigning for the election contest. Later on when the same is implemented without any proper understanding the entire economy experiences the undesired outcome of the same.

The Sri Lankan president has developed hatred from his own people following the above mentioned reasons. The president of Sri Lanka Gotabaya Rajapaksha had promised the locals certain things during his election campaigns which led to the destruction of the entire Sri Lankan Economy. Lets understand the entire scenario and the further road for the Sri Lankan province.

Gotabaya Rajapaksha and His Decisions

The president of Sri Lanka had promised a lot of things to the Sri Lankan people which backfired at home in the long run. Well let’s first understand that those decisions were not completely insane but however the COVID crisis led them to the results of being completely impractical in nature.

The president promised the locals that he will reduce the tax rates of the entire country. This was a very massive move from the government as this would impact the income cycle of the Sri Lankan Government. However the move was not panned at all. The reason behind the same is Sri Lanka is an example of a complete deficit country. The reason is its income is way less than what it spends. In Other words the income of the country is less than its entire expenditure. This means that the country will have a shortage of income and needs to boost the same by any means.

In such times the president moved towards tax reductions. However the COVID was a major reason why the tax cuts have affected the Sri Lankan economy. Sri Lanka depends on its tourism for almost 6% of the GDP. This dropped to even less than 1% in the last GDP calculation. This was the effect of the COVID crisis. The COVID lockdown almost ruled out the tourism industry from the entire economy for 2 years. This affected the country’s economy at large scale. However later on due to the shortfall of income and emerging situations the entire change was reversed.

Other Decisions by the President

The Sri Lankan economy also depends on rice production as part of its GDP. The president banned inorganic fertilisers to be used for farming. This affected the country’s production of rice and it went down by more than 20%. This created a situation of even less income earning from the same. All this came at the same time when the country was nearing bankruptcy due to less income than expenditure. Later on this move was also reversed due to the after effects.

Alongside this the country was moving towards the bankruptcy stages as it had less foreign reserves than needed. Thus the opposition urged the ruling government party to seek help from the IMF but this demand was also not heard and this led to the shortfall of payment money in the economy.

The Sri Lankan Government was bound to pay interest worth more than 4 Billion dollars in July which it had defaulted. The country said that it had suspended the loan payment worth 7 billion dollars due to the current scenario from the net 25 billion dollars outstanding in 2026.

What is the Way Out and International Aid

The country has only one way out of the current situation. It needs a big fat loan from the IMF and World Bank. The country has been drawing a plan to seek the same from the IMF. The plan has been ready and is to be presented to the IMF soon. However it is reported that the IMF would put forward some very serious steps and rules to sanction the same. The reason is the corruption and improper ruling.

India has been one of the major help providers to Sri Lanka. The line of credit which was 500 million Dollars has been extended. Multiple shipments are on the way to provide Sri Lanka with basic goods that are needed to survive like food and medicines.

The inflation rate in Sri Lanka was recorded at 40% and that of food prices was more than 60% around May. The entire situation has proved one thing that money is not worth anything if you don’t have basic resources to survive. Another mistake by the Sri Lankan government was printing excessive currency notes to get out of the situation of bankruptcy. However this only tanked its valuation of currency against the dollar to more than 360 Sri Lankan Rupee per dollar.