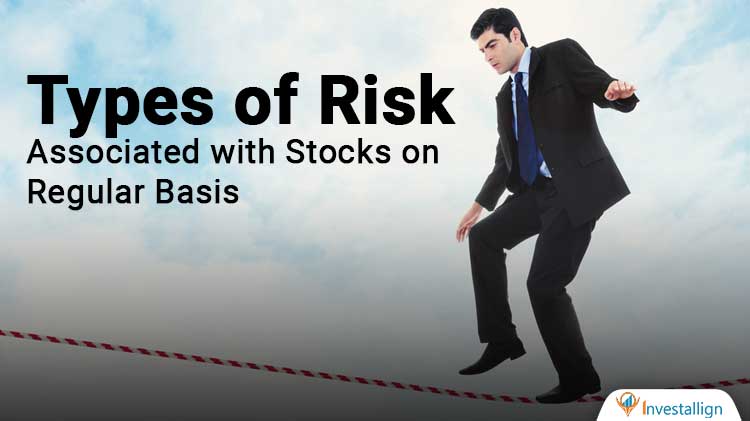 Equity markets are full of risks and one needs to be very careful before getting into any trades. There are several types of familiar risks in the market that are defined by majority. They affect not only the price valuation but also cause an effect on the company’s business routine. Any listed company is always under the risk of certain types mentioned below :

These terms are explanatory by their terminologies, however an understanding with depth is needed to beware from loss making trades.

The rating associated with the companies traded publicly is known as analyst’s rating. The analysts are a crucial part of the share market. The people listen to their views and follow their judgements. The company’s demand and supply of stocks depends on these views. If a person trusts a financial advisor or broker or a financial company then the analysts present in the company give away probable calls that could earn profits for the investor or trader. Thus a majority of these calls cause a lot of movement in the stocks valuation due to the demand supply effect.

This type of risk is associated with the price changes in the commodities traded on the exchange and in daily usage. There are always multiple parties in any trade. Hence to understand this let’s take the example of a business transaction. The party that sells commodities benefits from the price rise due to storage facilities and on the other hand the party that buys benefits from price decrease. With the change in prices of commodities the demand and supply for the same also changes and this affects the entire nation’s economy at large. Thus Commodity price changes affect the stocks, business and nation altogether.

This risk is due to increased competition and technology advancement present worldwide. The companies whose businesses exist do not continue working for a long time under the same income stream. They keep on diverting their money into multiple tranches which makes analysing their overall business more difficult. For such companies their products become obsolete due to the competition and cheaper production of goods possible due to the increased competition.

This has a very simple explanation for it. The news flash that we notice everyday and the increasing influence of media in today’s world. The most recent example for the same is the Evergrande Crisis. The Chinese company is becoming a big threat to the entire Chinese Economy. News of possible defaults has not only affected the stocks of Evergrande but also the metals and construction related companies worldwide. The metal segment of India has been under constant stress since that time. Hence any news under a company’s name affects the company’s stocks as well as the stocks related to the same.

With time the price of goods and services keep on increasing which makes the value of money decreasing over time. Thus the inflation effect on the company is huge in case of heavy storage requirements. Also if ample return is not generated for the investors their money shifts to other options where they see higher returns than normal F.D. and P.F. rates. Thus this is a constant pressure on the company to generate ample return for investors or else their money gets shifted to other companies which in the end degrades the stock valuation.

The interest rates by the banks decodes the company’s expenses on payments. This is important as low interest rate would mean more profit available to investors which at the end benefits the investors due to the price hike. Any big business needs financing and thus interest rate changes affect the business of the firms and their stock valuations. In case of interest rate increase a debt free company would benefit more than others.

As the name suggests it is related to the government’s decision on various policies applied in public interest. The changes in the system affects the company’s working and hence shakes up the choices of every investor or trader. For example the latest decision on telcos by the Cabinet ministers for late payment for the AGR dues. This gave a heavy buying boost into the stocks of Airtel, Vodafone Idea and Reliance.

Any changes in the ruling [arty also shakes the entire nation’s economy and style of work. Thus the MNC’s always fear change in the government. The MNC’s they prefer countries which have a low amount of political power change. Thus such decisions and changes also affect the company’s valuation in the market.

The best way to explain the same is the 2008 Crisis. Such risk is completely based on assumptions of the analysts and if they stay true the entire effect works like a domino effect. Such an effect costs the breakdown of every segment related to the work in such a segment or depended on such a model. The ongoing Evergrande Crisis and Power Crisis in China can be somehow included in this category as well.