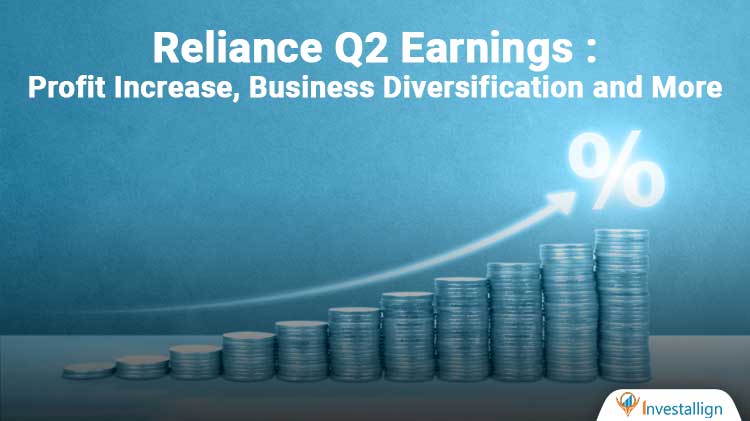 Reliance has been dragged down since the last three sessions. Yes the mammoth has lost more than 2.5% of valuation due to the market fall. However the correction in the market was around 500 points which is also close to 2.5%. The stock has been performing well since the last 1.5 months. It has managed to cross all time highs consecutively in one week. The share currently stands at 2625 Rs.

The results for the share were announced post the closing session of the week. The results indicate a positive gain for the company in this quarter. So far it is also one of the best quarters the company has had. It posted an increase of almost 50% profit and has been able to expand and diversify its business portfolio.

Reliance has been one of the best performing stocks in Nifty50 since the previous COVID fall. It has gained almost 2 times valuation from its lows. The share has recorded an all time high of 2751 Rs. which came just a week back. The share had given a minor recovery in the last session. However it degraded by almost 2.5% in valuations.

The company has recorded the highest profit quarter since inception. It has earned more than 15450 Crore Rs. in the previous quarter. This accounts to almost 50% rise in profits than the previous quarter. This may be fascinating but the figures indicate that the company has been able to get back on track and not boost massively towards attaining new levels. The profits are incredible and the6 would definitely grow with Reliance getting a great support from its new investments.

The company has been heavily investing into multiple segments that can be the future of India. It is taking on ripe companies to expand and liquify them. For instance let’s take Urban Ladder (Online furniture Brand) or Netmeds (Online Pharmacy) etc. Such is the rapid investment by Reliance into multiple ripe companies.

The revenue for the company is recorded at 1.75 Crore Rs. This is 50% more than the previous quarter’s revenue. The previous revenue was somewhere close to 1.15 Crore Rs. As per the statements of Mukesh Ambani, “Reliance has been showing more growth in all segments than the pre-COVID levels. This has been possible due to the recovery from Indian and Global markets.”

The company has registered maximum growth in the Retail and Digital Segment. The oil to chemical business chain has been able to achieve considerable growth as well. This has been possible due to the opening up of global economies. The company has been saying that the increased demand and supply of goods has resulted in a major boost in the transport industry. This has directly benefited Reliance Industries.

Along with this the company has been trying to resolve its dispute with Amazon on Future retail and on the other hand the physical stores of the company have increased. This has caused a major scale in demand of retail business for Reliance.

JIO (digital business wing) alone faces an increase of 44% in profits. The profits recorded are close to 9230 Crore Rs. Similarly the revenue growth has been close to 69%. The revenue for the current quarter is 1.1 Lakh Crore Rs. This is amazing growth in digital business but the profitability has decreased in the same. The growth in revenue should cause more or proportional growth in profits. The overall profits and revenue of the company have increased proportionally. Hence the digital business needs to gain more profitability to sustain against Airtel in this competitive market.

The oil to chemical business has witnessed a major upscale due to the rapid increase in petrol and diesel prices. The prices for petrol have reached close to 104 Rs. Crude prices are also at their all time highs at 73.5 dollar for a barrel.

The green energy business has been developing rapidly as well. With the acquisition of German company NexWafe the company is quickly moving ahead to its 100 GWh goal. By 2030 Reliance plans to achieve the green energy production goal of 100 GWh. It has also bought Sterling and Wilson Solar for the same purposes.

Due to the festive seasons the retail business of Reliance has picked up. Along with this electronic selling has also increased. Thus the festivals have caused a major increase in Reliance Selling. However the current situation has not entirely shaped perfectly with the South of India still facing COVID issues, but India is closely coming to the point of achieving economic stability again.

But the recent news from China notified the new Delta variant to be very deadly and has alerted the world for its quick spread. Hence people need to be careful and the government also needs to be aware to keep a check on COVID tally and health infrastructure to avoid major COVID crisis now on. Apart from this Reliance has again proved from its results why it is the mammoth of the Indian Domain.