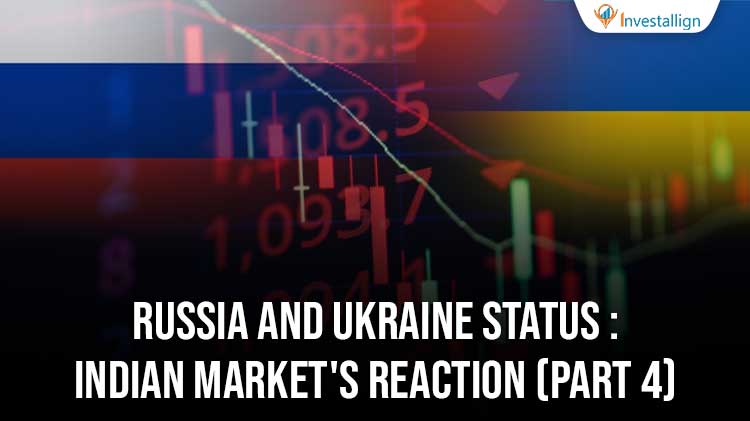 India has been tightly wrapped around the Russia and Ukraine War. The entire world is under a panic situation due to the open war that Russia initiated on Ukraine. At first it was just thought of as a military operation but later on the battle went inside the city and had a direct impact on civilians. This made it a war situation. The Ukraine government is still determined to not give up to the Russian military power. The civilians now have been taking up weapons from Government inventory to fight the invasion caused by Russia.

Currently more than 11000 Russian men have been killed by the Ukraine force. The number of casualties on the Ukraine side is not yet sure. This has been a very brutal situation in the current advanced world. The USA and UK have been proved as very selfish nations who just want to serve their purpose of selling weapons to the Ukraine Government in such a situation. None of the nations have been coming forward to rescue their people from the entire scenario. Neither the forces are coming into hell from the USA or European Union nor the refugees were getting any aid until the last 2 days.

Is a Compromise Possible ?

The Russian government has told it out front that they don’t want to hurt the people of Ukraine based on the decisions made by their government. The country wants to end the war. However the only condition applied is its demand of not letting Ukraine be a part of NATO and EU. This would not only invade the security of Russia but would also kill its natural gas supply through underground pipelines. Hence this is a battle for business and security.

So far the sanctions have been playing their role. However the Russian government is determined to only end this war if the demands are fulfilled. If not then the government is keen to take the entire Ukraine under its control.

Russia has been holding up on its ceasefire for quite a while now as it wants the civilians to get out of the war zone. A safe pass has been created for the civilians which would help the refugees as well to go to a safer zone. In the latest news Poland has also started accepting refugees. Till date 1 Million refugees have flown from Ukraine. Next up the EU expects more than 4 million refugees to flee the situation. The entire world is under the trauma of a war and only expectation is for it not becoming a nuclear war.

If this happens then the world would be facing a major crisis for life, business, economy and everything else. It is expected if the war turns out to be a nuclear war the entire world would go back five years in time. The reason is the imports and exports of major rescues for the entire world are tied up with Russia in one way or another. This would end the resource pipeline and would lead to scarcity of resources which can lead to inflation in the next round up.

The Indian markets are under the constant selling pressure from FII. Even the retail investors are now under a panic situation as the market cannot find one reason to get up from its bottom. Whenever there is a swing of direction the previous high has become very tough to break. This signifies that people have been selling in bulk and also the Stop loss is placed at previous highs. Thus the market is not under the bull grip anymore. Previously when the market tanked more than 2700 points it was expected that this is the end of the rally driven by Indian markets. However the markets recovered in a tragic manner for the next season. Almost 50% recovery was noticed then. But currently that receiver has also turned into ashes as the indices are running at new lows that are even less than the 2700 point SenSex fall.

Bank Nifty and Nifty50 are now driven by the war situation in Russia. It is definitely expected that when the war is over the markets will recover in a very uneasy manner which has never been witnessed. But the only obstacle is the creation of new lows. If the market loses its momentum assigned then the bull rally will take at least 3months to get back in the upside gear.

All the Nifty50 stocks and especially Cement and construction stocks are under immense panic zone. Even the automobiles are facing a major sell off situation. Currently the technology segment is saving the market from getting into a full bearish mode. The direction of the market can be said to be neutral as the swings in Nifty50 index prices are major. The Nifty50 is swinging for more than 300 points in one single day. This is a major number for daily fluctuations.

One can expect that the Indian markets are bound to give up. However on the other hand no one knows when the war has been holding up against the dream run of the Indian Equity Markets.